Yes, There Really Is Malware For Apple’s Mac OS

For decades now there’s been an argument as to why all the malware, the viruses, trojans and the like, were for Windows and not for Apple’s OS. Or the various flavours of Unix and so on. The disputing parties tend to fall into two distinct groups. One saying that it was simply because Windows sucked and Apple was perfect, the other much smaller group saying it was all about market share. 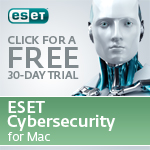 We’ve a way to adjudicate between these two groups as well. Apple until very recently had a small market share. 4% seems to come to mind as a reasonable historical average. This has risen strongly now. So, if it was all about market share then we should expect to see people crafting malware for the Mac OS. In a way that they didn’t when there just weren’t that many Macs out there. Ah, I think we’ve got some evidence in favour of that market share argument then. Now that Macs are more popular it’s actually worth writing code specifically to hoodwink that OS. And now that it is worth it we begin to see such specifically written code. I’ve long been in favour of that market share argument. Yes, I agree, Apple didn’t leave quite as many gaping holes in the software as Microsoft did. And it helped that it was all based on Unix in recent years. So I’ve partly a foot in both camps: but how nice to see the great economic insight, that incentives matter, being proven true once again. Now that it’s worth making malware to attack Macs people are making malware to attack Macs. In a way Apple should feel very proud here. They’ve finally got market share up high enough that it’s worth trying to subvert their products. By Tim Worstall, Forbes.com Contributor Original Forbes.com Article
Privacy, Copyright & Legal © 2020 BetterAntivirus.com - a website by Computer Security Solutions LLC